Malaysia to Open All International Checkpoints including Causeway and Second Link: Tourism Minister 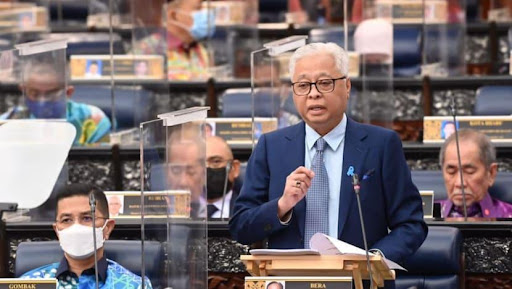 During a press conference, he explained that after this implementation, foreign travellers would only need to have valid travel documents to enter and exit Malaysia, whereas local Malaysians are free to travel to other countries.

With the new implementation, international travellers no longer have to apply for entry via the MyTravelPass mechanism, they only need to download the MySejahtera contact tracing application.

“Taking in consideration the Omicron variant which is still in our country and other countries, there are some mandatory steps for both Malaysians and travellers,” he said.

Fully vaccinated travellers do not need to undergo any quarantine upon entering Malaysia. They only need to undergo a COVID-19 reverse transcription-polymerase chain reaction (RT-PCR) test two days before departure and a professional COVID-19 rapid test kit-antigen (RTK-Ag) test within 24hours after arrival in Malaysia.

The Standard Operating Procedures (SOPs) for travellers who are not fully vaccinated, or unable to receive the vaccine due to health reasons, will be announced by the health minister on Mar 9th.

As for countries that have not fully reopened their borders such as Indonesia and Singapore, Malaysians will have to use the vaccinated travel lanes (VTLs) that had been established between the relevant countries, the prime minister added.

On the other hand, Singapore’s Ministry of Trade and Industry will be working with its Malaysian counterparts to expand the VTLs.

“This includes allowing vaccinated travellers to cross the land border via other transport modes. We will share more details when ready,” the ministry added.

On Nov 29th last year, Singapore and Malaysia announced the opening of the land vaccinated travel lanes (VTL) via the Johor Causeway along with the air VTL between Changi Airport and Kuala Lumpur International Airport (KLIA).

Last week, the prime minister promised that the country’s borders will be reopened soon to allow families to reunite during the Hari Raya Aidilfitri celebrations in May. The country is also in the process of establishing VTLs with Brunei and Thailand.

On Mar 7th, the country’s Tourism Minister Nancy Shukri reportedly said that all international checkpoints including Causeway and Second Link will be included in the international border reopening. 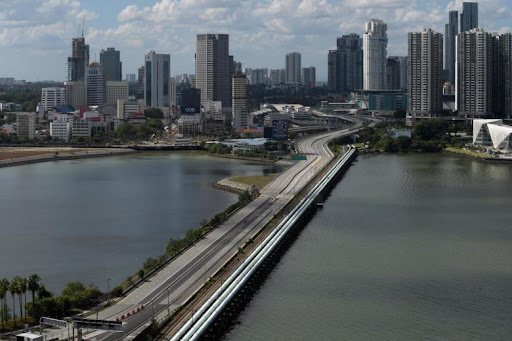 Both the Johor Causeway and Second Link at Gelang Patah would be reopened simultaneously, she said, facilitating travel between Singapore and Malaysia.

Currently, Malaysia already has air and land VTLs with Singapore.

During the ongoing campaigning for the Johor state election which will be held on Mar 12th, various coalitions and political parties, including Perikatan Nasional, Pakatan Harapan, and the Malaysian United Democratic Alliance have called for a full reopening of the Johor-Singapore borders.


Easing of Restrictions within Malaysia

At the same conference, Mr. Ismail Sabri also made other announcements regarding the easing of restrictions under the “Transition to Endemic Phase” from Apr 1st.

Limits on operating hours for business premises would be lifted, he said, and operators are allowed to run their businesses according to their licensing permits.

“This means you are allowed to eat at restaurants after 12am, especially during the coming month of Ramadan,” he said.

All religious worships and prayers in religious venues including mosque and other non-Muslim venues can be carried out without physical distancing.

However, the respective states’ Islamic religious authorities reserve their right to implement this SOP, while the non-Muslim venues will abide to the National Unity Ministry’s Unit for Other Religions.


The new phase will also remove the 50% capacity limit on all large gatherings, such as annual dinners and wedding receptions, although the participants will still need to follow physical distancing.

Meanwhile, wearing masks in public places and checking-in to retails and public areas using MySejahtera app will still be required.

“It is important for me to note, this is the exit strategy to enable us to return to near-normal lives after nearly two years of struggling with COVID-19,” Mr. Ismail Sabri said.

He highlighted that this was a temporary phase for the country to move to the Endemic Phase, which is subjected to an announcement that can only be made by the World Health Organisation.

Effective 1 April 2022, these are the testing and quarantine procedures for travellers entering Malaysia. More details for land travels will be announced soon. 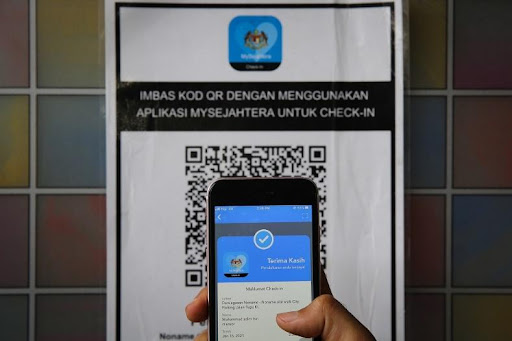 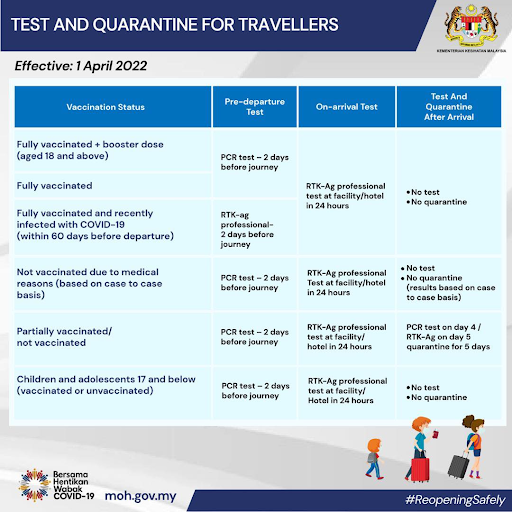 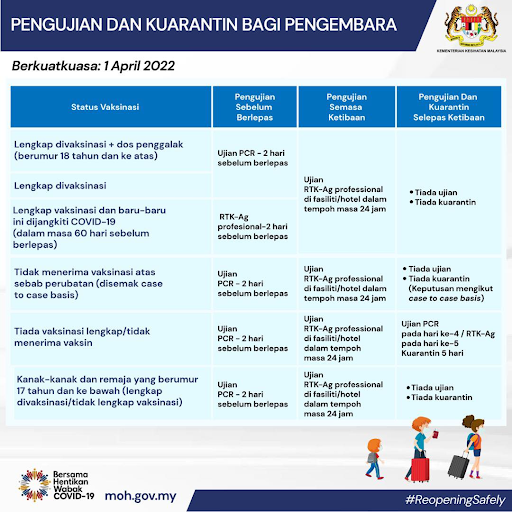