Changi Airport to Gardens by the Bay, Singapore

If you’re a fan of flora collections and Avatar-inspired nature parks, then Gardens by the Bay is the perfect tourist spot for you! Featuring horticultural themed gardens and camera-worthy landscapes, the Gardens by the Bay is a carefully-structured project which centers on bringing an urban concept to nature. Here at the Gardens, visitors can finally catch that long-awaited respite from the hustle of city life and engage in an intimate encounter with nature. 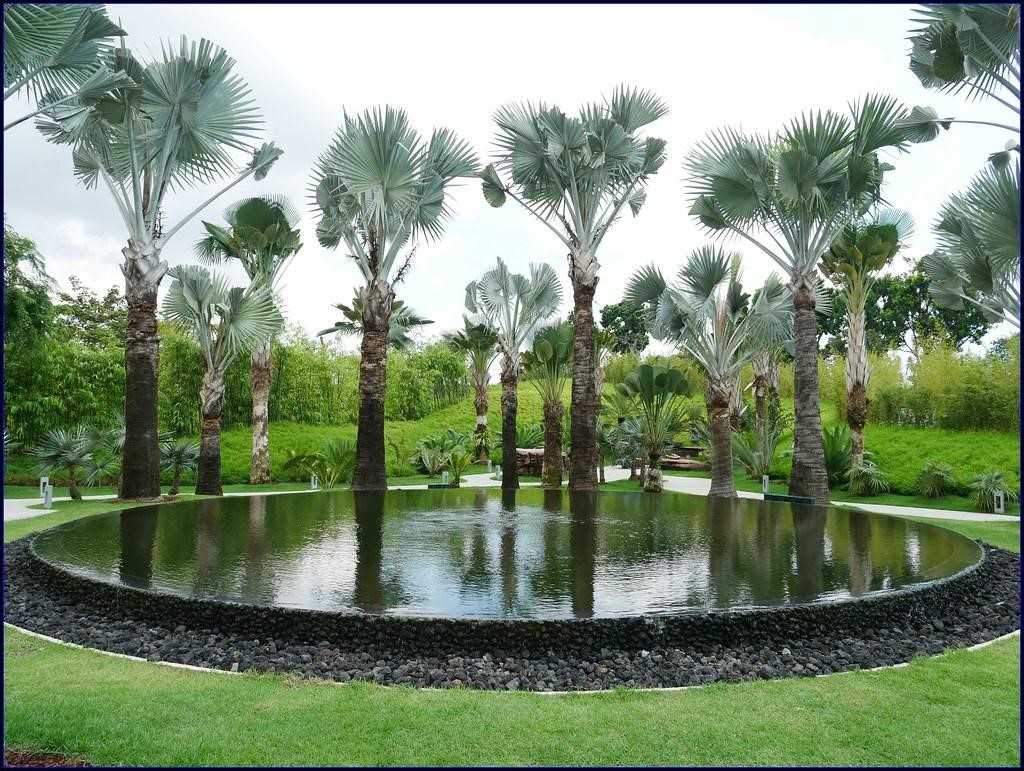 Inspired by the minimalist concept of the Japanese zen gardens, the Serene Garden is the latest feature here in the Gardens. Spanning 2 hectares, the unique garden is the proud host of the monotypic (meaning it is the only species in its genus) argent-leafed Bismarckrias, which is endemic to Madagascar. In their fan-shaped elegance, the Bismarckias are aesthetically placed around the central water feature in the Serene Garden.

Other featured plants in the Serene Garden that are mainly inspired by Japanese culture is the Podocarpus and Junipers, of which their forms lend to the art of bonsai, and these are perfectly able to thrive in Singapore’s humid climate. Along the Serene Garden’s periphery, bamboos are planted not only for their simple elegance, but also to define the boundaries within the garden whilst lending a tranquil effect. Water features and unique rock collections are also present in their emulation of a Japanese zen garden.

One of the more recognized features of the Gardens can be seen piercing the skyline of Marina Bay in the form of the Supertree Grove, which hosts enclaves of ferns, orchids and other exotic plants. Visitors will be enthralled to find that an elevated walkway has been constructed between two of the largest Supertrees to offer a panoramic aerial view of the gardens, an experience which will be cherished by all nature-lovers as they stand in this floral utopia in the heart of the bustling city. Visit the Supertree Grove at night and watch the grove come to live with the Garden Rhapsody, which is a light and music-coordinated show. 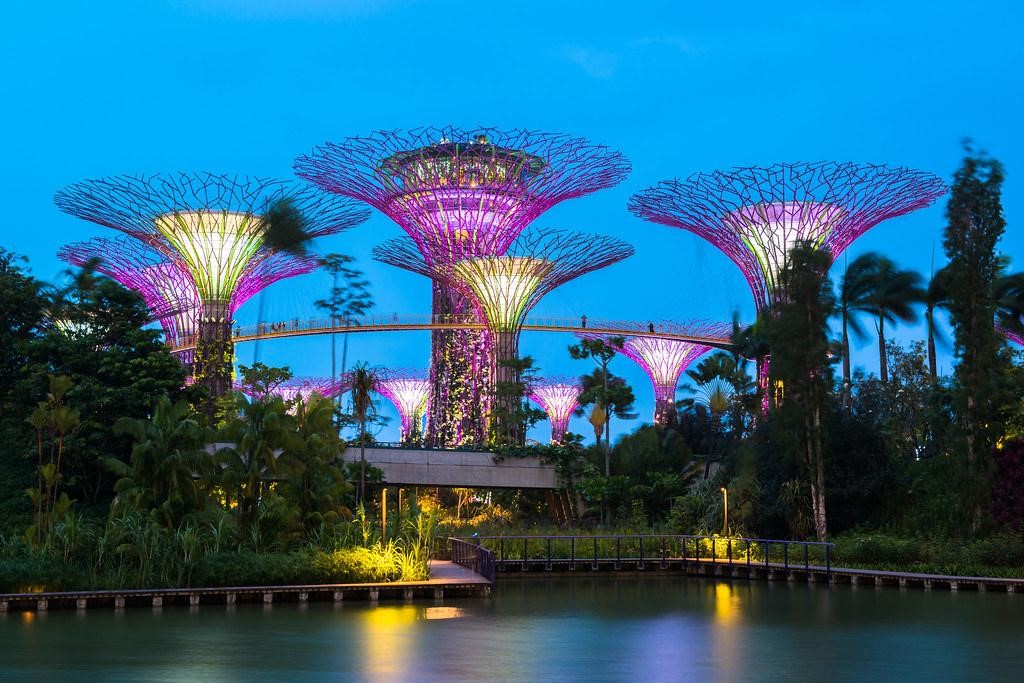 The World of Plants is a realm of lush, tropical greenery where children and adults alike can engage in interactive education centered on the plants. Children will delight in sitting on mushrooms as they seek to understand the world where insects and fungi collaborate in the decomposition of forest remains, or, for the young aspiring zoologist, perhaps getting to know the eight wondrous animals that are local to specific regions in Southeast Asia will tickle their fancy! 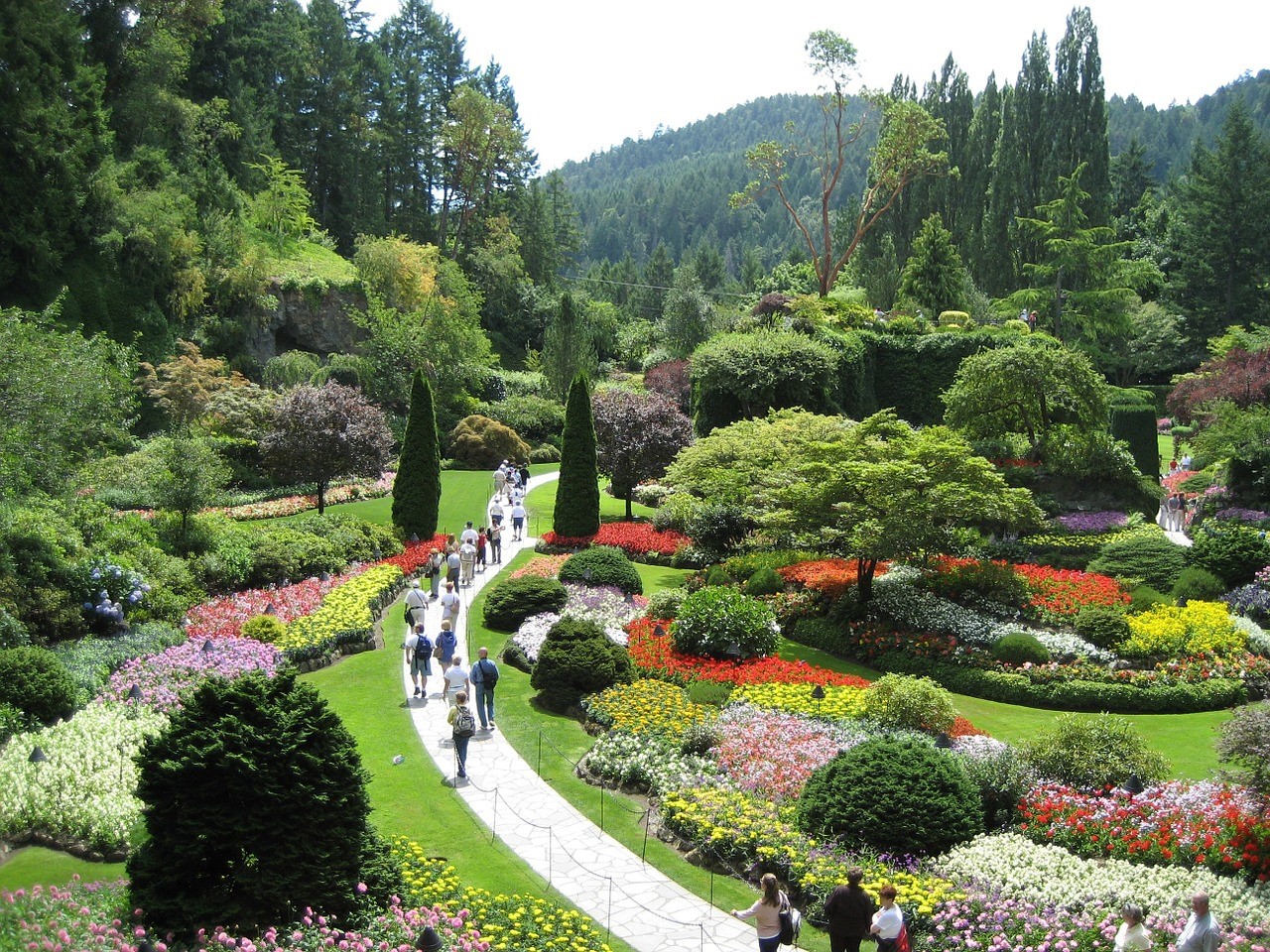 The idea of World of Plants is to help visitors understand the importance of a balanced, well-nourished ecosystem, and how such an aspect is crucial to the thriving and eventual evolution of plants, starting from the simple equation of how animals help carry or disperse pollen and seeds, to the much more complex phenomenon in which ancient plants have evolved to adapt to changing environments.