With the fast-paced city life that seems to have integrated itself into Singapore’s metropolitan culture, tourists may find the first-class holiday destination a robust mix of local lifestyle elements, be it in terms of food, landmarks that are reminiscent of the rich history of Singapore, and the ever-present work-driven buzz that radiates from the harmonious locality comprised of different races. 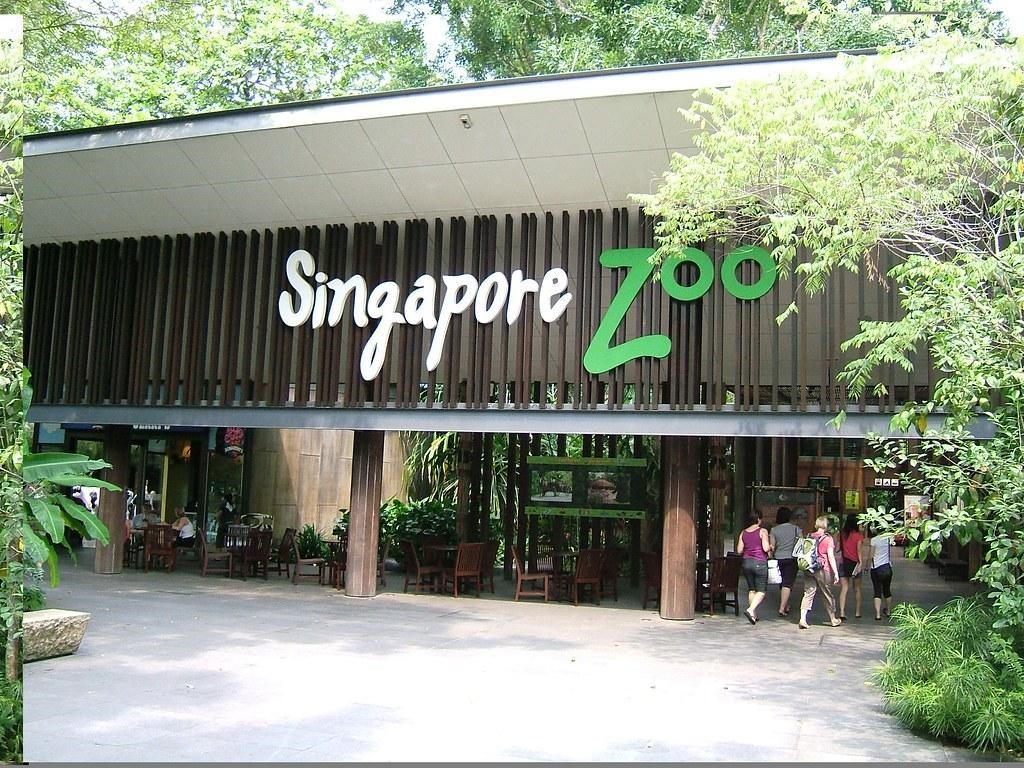 It seems only logical that tourists may find themselves captivated by all this modernity and so plan their holiday itineraries on that basis, but the interesting aspect of travelling in Singapore is that one gets the best of both worlds; if nature and wildlife are what you are seeking, rest assured that your holiday in Singapore will be an enjoyable one.

For any information you might want in planning a trip to the Singapore Zoo, visitors are encouraged to browse through the zoo’s official website for a thorough overview of the different zones, the species featured, showtimes for interactive presentations and performances, an informative guide on how to get to the zoo, and ticket prices.

Zoning Into the Creatures

Where Gardens by the Bay is an embodiment of Singapore’s ‘City Garden’ ideology, the Singapore Zoo brings out a different element of nature, that which is heavily centered on exotic wildlife, such as lemurs, the endangered White Tiger and orangutans, an array of amphibians, and reptiles. The zoo also features interactive shows to keep visitors entertained during their visit.

Known for its conducive and aesthetic wildlife park settings, the Singapore Zoo is home to more than 2,800 animals, comprising of over 300 species of mammals, birds and reptiles which are endemic to different regions of the world. With the different zones that showcase different animals, it is definitely tourist-friendly of the Singapore Zoo to provide background information on all the individual species in their tailor-made enclosures.

Here are some interesting characters roaming in the zoo: 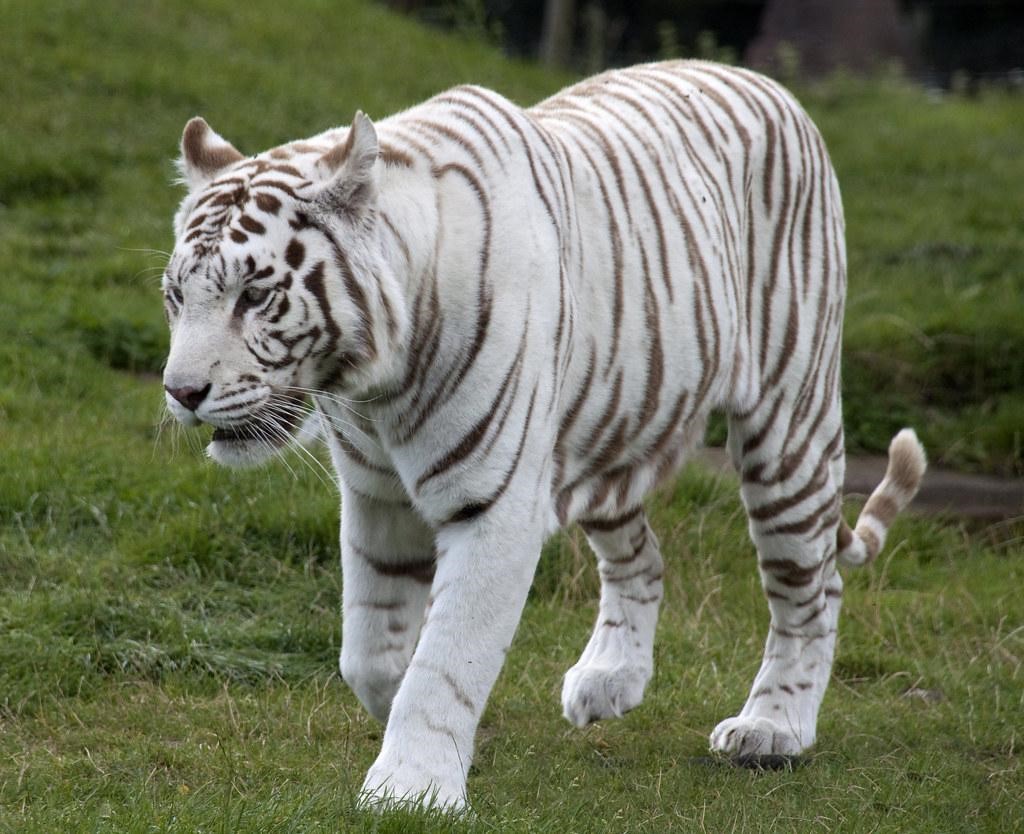 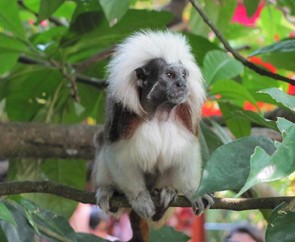 Visitors will be greeted by the inquisitive and curious-looking family of Cotton-Top Tamarins, whose names had been derived from the snow-white tufts of fur boasted by these furry creatures, at the entrance of the Singapore Zoo.

An interesting fact of Tamarins is that the species really does embody the politically-correct idea of equality in parental responsibilities, in the sense that the dad of the family unit will carry out his fair share of work in rearing the kids, by way of piggybacking the little Tamarins until nursing time. Tamarins are family-oriented and so have been chosen as Singapore Zoo’s free-ranging species, and great effort has been made by the Singapore Zoo team to allow for the free-range exhibit starring these Cotton-Top cuties, all the while preserving the ‘family unit’.

Moving on from the adorable mammal family of Tamarins, visitors can visit the modern Jurassic creatures in the reptile section, where Komodo Dragons--in all their intimidating dinosaur-like appearance--become an eye-catching attraction.

Regaled as Indonesia’s national treasure, a Komodo Dragon is a prized creature that may only be given away by the President of Indonesia. With its capacity to span 3 meters in length and weighing up to 100 kg, the Komodo Dragon is a land crocodile - or as the Indonesians affectionately call them - buaja daret, that has far deadlier hunting skills than the average crocodile. Where the crocodile usually packs an element of surprise in their under-water hunting pattern, the Komodo Dragons, being land predators, release a poisonous venom from their lower jaw upon biting its prey, and much to the agony of the prey, the Komodo Dragon’s saliva is teemed with septic bacteria that worsens the injury. The venom prevents blood from clotting thus decreasing blood pressure, and the injured prey will usually die within a day or a week, relative to its size.

That said, the Komodo Dragons are extremely sensitive to the scent of blood and their sense of smell is very much centered on their tongues. If you are wondering as to how this formidable reptile sniffs its way to potential bloodshed, or otherwise a potential feast, pay attention to how the Komodo Dragon has its forked tongue slithering out as it walks around.

As of now, the Singapore Zoo has Bima and Yoko, both imported Dragons, as the resident breeding couple for the species. The pair has since welcomed their first hatchling for the zoo in the history of 34 years. 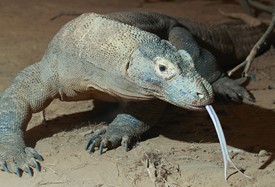 No, this is not the infamously tempestuous Marvel Superhero you have in mind.

The wolverine in the Singapore Zoo’s Frozen Tundra is named Boris, has glossy black fur, and is capable of bullying bears into giving up their catch. Boris hails from Russia’s Novisibirsk Zoo and has teeth that are tough enough to bite into frozen carcasses--while some of us might cringe at the thought of biting into an ice-cold popsicle for fear of gum sensitivity! While one might confuse wolverines with bears given the resemblance in features, but alas, these furry creatures are not from the bear family. In fact, Boris comes from the largest species of terrestrial weasels!

Having mentioned that the Singapore Zoo also features interactive shows, make sure to note the showtimes for the various animal performances that take place around Singapore Zoo to make your visit a special one! For some mischief, the high-energy antics of the zoo’s resident California sea lion will definitely be a splash of fun for the audience! Other shows in the Singapore Zoo are Animal Friends, which provides a child-friendly interactive setting to get up-close to domestic and lovable animals, such as cats, mice and dogs, that have been through abandonment, abuse and other rough patches in life.